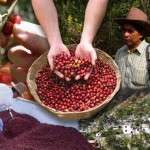 Kevin Sinnott is a nationally recognized coffee expert. He’s the author of two books and a DVD (Coffee Brewing Secrets) on the subject. His latest book is called The Art & Craft of Coffee. Publishers Weekly has called it the best book on the subject in recent years.

He’s talked coffee with Oprah Winfrey on national television, been featured in USA TODAY, The Chicago Tribune and other national publications, and discussed coffee and coffee brewing methods on ABC-TV’s 20/20, The Food Network and countless radio talk shows.

In 1995, he created The Coffee Companion, the first-ever consumer publication dedicated to finding and brewing the world’s best coffee. The Coffee Companion offered his unique blend of wit and passion in methodical, objective reviews of coffee brewers and related equipment. His moniker is Coffee Kevin. The Coffee Companion newsletter was considered ground-breaking as the articles focused on the information needs of the coffee drinker written with a Mark Twain style of humor. Original custom art-work was created for each issue by Robert Voigts of Wordsworth Design, a mega-talented artist and graphic designer. His custom coffee cup art was new for each and every issue. Printed on the finest quality heavy-weight cream stock each issue is unique and is now considered a highly regarded coffee collectable.

Currently, the CoffeeCompanion.com carries on Kevin’s role as Coffee Brewing Authority. Brewer manufacturers both eagerly await and fear his honest reviews and media outlets seek his straightforward expertise as one of the only independent coffee experts. Sinnott is unique in that he does not work directly for any coffee company, yet is considered among the most knowledgeable experts, particularly on the subject of brewing coffee.

Kevin is a television producer and his company Sinnott Productions created the first ever coffee reality series, Mission Coffee Can. This series about a group of college students who travel to Guatemala to learn about and market a new direct trade coffee was a ConnectedWorld.tv awards finalist at The 2011 International Broadcasting Conference in Amsterdam. 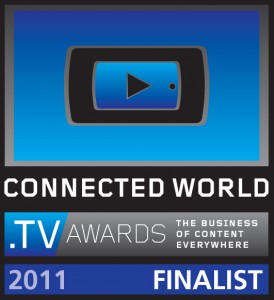 On February 25th 2012 Kevin will be hosting CoffeeCon 2012, in Warrenville, Illinois. This will be the first ever consumer coffee symposium in the World. Attendees will taste different varieties, roasts and brewing methods. Top experts will teach brewing techniques live as advanced users hone their skills.