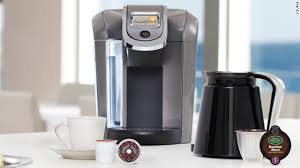 Bodum has always been known to produce the very best in manual drip methods especially the French Press. This year they’ve decide to take everything they’ve learned about manual drip brewing to create their own version of the automatic drip coffeemaker. While I haven’t tested this new coffeemaker yet I got a first hand demonstration at the 2012 International Housewares Show in Chicago. I can already tell you that I like the idea of the see through design that shows off the quality electronics inside.

So take a look at the video presentation I created until I can review this new coffeemaker in my own kitchen.

In what seems to me a blink of an eye, I went from the nonstop energy of CoffeeCON 2012, my event for coffee consumers everywhere, to the 2012 International Housewares Show, the world market for new coffee appliances. In the coming weeks and months I’ll be sharing video’s, pictures and thoughts on CoffeeCON but first you’ll want to see and hear what manufacturers are doing to brew the world’s best beverage. After years of coffeemakers playing second fiddle to beans, coffeemakers are getting more attention and Housewares is my number one trade event to find the new and improved. I’ll be focusing on different manufacturers’ latest and greatest during the coming weeks at this blog.

My first video report from Housewares 2012 comes from Krups. This manufacture outdid themselves this year by bringing out an impressive array of coffee machines. The first one I looked at was Krups on Request. Bucking the trend for single serve coffeemakers this machine allows you to brew as little or as much coffee as you would like, up to 12 cups.

What’s different about this machine is that it automatically pours the coffee through a spout, a bit like a water dispenser, rather than into a coffee carafe. It has an internal removable steel carafe with a special heating system to keep coffee hot.

Next I looked at the Krups KT600 Silver Art Coffee Machine. Beautiful to look, what I call coffee jewelry. I don’t know how it brews yet but it will certainly draw guests attention in your kitchen.

Of course being Krups there was an extensive line of grinders of all types. I was impressed that most of them were conical burr grinders.

Speaking of conical burr grinders there is one built into the KRUPS Barista EA9000 One-Touch Cappuccino Machine. This fully automatic machine was one of 60 finalists in the first annual IHA Innovations Awards. It seems to have everything a machine of this quality should have for making the perfect Cappuccino.

Take a look at the video report posted below. While the machines make a statement and I enjoyed my conversations with the great people at Krups, until I test them I can’t give you a review of any of these products. I can however at least give you an introduction. There are lots of machines so let me know which ones you want to know more about so I can plan my in-depth review calendar.

During the coming weeks you will see more from different manufacturers from the International Housewares Show 2012.