Speak and Brew Coffee Maker: It can talk to you, but can it brew? 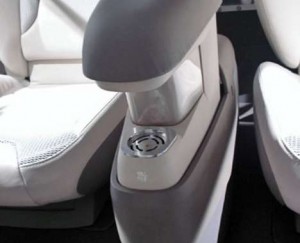 The review of the Speak and Brew coffeemaker will depend upon the willingness to send one to me because I actually test coffeemakers. This is true for the Audi Roadjet a concept car with built in coffeemaker too. I put measured ground coffee in them, press the button and brew. While it’s brewing, I take the water temperature as it cascades down through the grounds. I time it to make sure it brews for the proper amount of time and, yes, there is an ideal time, or at least a range of times.

My purpose if writing of this is there are so many coffeemakers that try to achieve greatness by doing everything imaginable… but brew good coffee. I’m not against these features. The ability to speak to me might be important. Let’s say I’m married to a very chatty spouse and I never get a word in edgewise (I’m not, but we’re just “let’s say’ing”). Or let’s say I’m single and want a little conversation. Well having a coffeemaker that speaks to me might be pleasant. Of course I start thinking of the machines that speak to me in my life: my GPS speaks to me. But, it rarely says anything except barking orders at me, or correcting me if I make a wrong turn, more often a turn it doesn’t know about that involves a shortcut.

A coffeemaker with a clock in it seems like a good idea, but is it? The coffee isn’t as good if you grind and set it up the night before because flavors are released into the air, but I agree it might still be worth it. Of course I can do all this except press the on button the night before with any regular coffeemaker.

But, there are legitimate conveniences I truly wish would work, such as on-board grinders. These almost never are good grinders, even the burr grinders. And, they are difficult and sometimes impossible to clean. And still, the brewing needs to be right.

I’ve been looking over reviews for the past years. I can’t find a single all-in-one coffeemaker that is in the top rank. If it did, I’d almost guarantee it would be a bestseller. But, there isn’t and that’s the truth. Is it that they don’t know? Has the SCAA and various authors and coffee experts done such a poor job of teaching the brewing basics?

I suspect the answer is the manufacturers of such machines automatically presume the enduser of such gear has no interest in anything but the gimmick or feature. Or they feel that by being the single player that satisfies this particular need they no longer need to try to do it all.

But, I wish otherwise. I genuinely like gimmicks. I like extra features. I simply wish a machine with extra features would also make good coffee.