Another Coffee is Wine Article 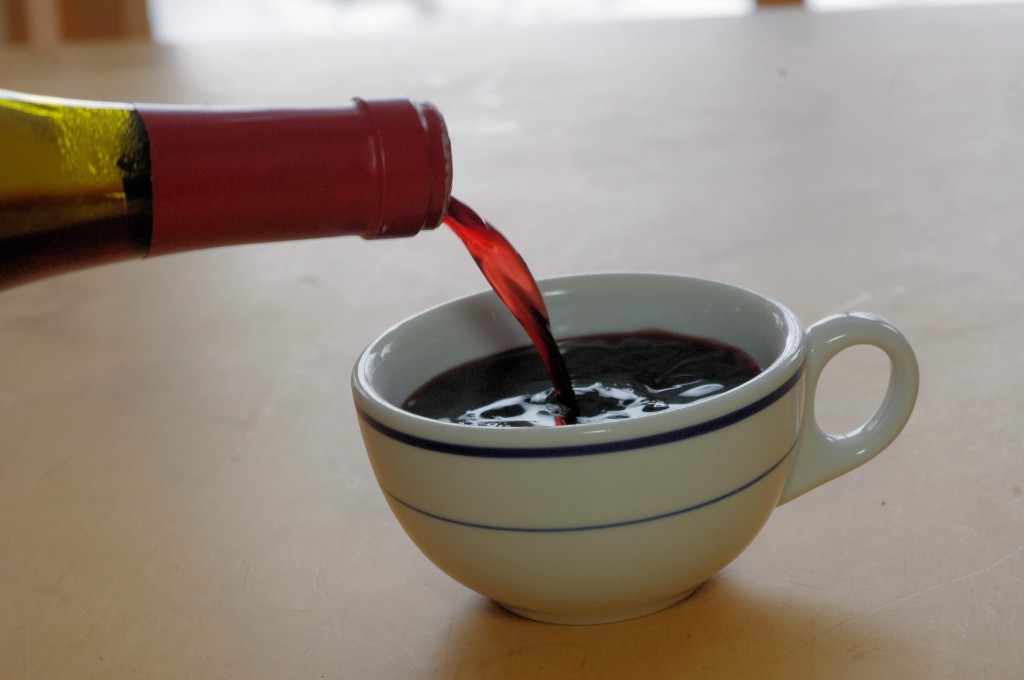 Oh, no! Not another coffee is wine article!! Ever since the coffee trade learned how much wine is marked up before you and I buy it, they’ve salivated over this analogy. Is coffee like wine? Of course it is, just like maple syrup, blueberries and salmon. There are grades and flavor differences based upon where it was raised, how it was processed and just flukes of nature that are recognized during evaluation and priced accordingly.

“Joe-ography.” Cute. Okay, let’s talk about geography. The writer makes the argument that coffee is like wine and geography affects the beans’ flavor as it does grapes. I basically agree that geography appears to affect coffee. But, of course there’s much more to the story and differences abound. Most of the world’s coffees are from two types of bean (He acknowledges this in paragraph 2). Wine is from lots of different grapes and of course geography affects a chardonnay grape, so that one grown in France tastes different then one grown in California. He says wine can be divided into old world and new world. I can’t see how that applies to coffee in any way.  While geography is important to coffee and wine, the paragraph does nothing to convince me that coffee is like wine.

Things You Didn’t Know About Coffee. All of these are ostensibly correct. A few of them would make me see similarities to wine, back to terroir (where it was grown and climate conditions). The rest, things like dark roast (which he recommends at least twice) are not analogous to wine. Can you imagine a why don’t you drink wine article in a coffee magazine pointing out the virtues of heavy oak? That’s more like roast, as it’s among the things the trade does to goose up flavor after the harvest so to speak. I’m sure the coffee folks he relied upon told him to point out that certain coffees feature more acidity, but I think it’s better to say that different coffees feature different acidity acidity and character due to their geography (again) and leave it at that. Obviously he has mixed acidity and acid as the same. They are not the same and titling the point “acid trip” adds confusion.

America’s Seven Best Roasters. If a coffee magazine featured a wine extolling article and claimed there were top seven winemakers, I propose by next morning there’d be one few coffee writer, no doubt buried in an undisclosed winery as a message to trade writers like us never, never to do this again. I happen to have had coffee from every one of these shops and they are all in the top rank but there are dozens of equally good roasters, and while I like to extol the roaster’s role in coffee, to be brutally honest, there is a lot more variance in the quality of even the best roaster. Dare I suggest that the roastmaster’s job is to roast just enough to maximize acidity, but at the expense of  so-called development, or balance. I’d argue that wine is inherently more created. Since wine is truly a prepackaged beverage, the choices of variety are expanded, blends are the rule, not the exception. Brewing is done for you, perhaps years before. Coffee brewing, the point of consumption culinary art that you and I, or our neighborhood barista has mastered to extract exactly the right flavor balance from even the best grown, best roasted coffee is never mentioned.

The Wine/Coffee Connection. This is an, if you like this wine, you’ll like this coffee section. Actually here I think the writer succeeds. In most of the examples I think he got it close to how I see it. And, I think it’s analogous. There is a spice in most Sumatras. A Pinot Noir has more lightness like a Central American, although here again, there may be more differences variance between coffees. I’ve had some incredibly big Central Americans as I’ve tried more small plot samples.

I’m sure the coffee business says, “Great they spelled our name right.” I’m not against the idea of promoting coffee to another culinary consumer group with deep pockets and finicky taste buds. But, overall, they missed the boat. Coffee is like wine in its complexity. Beyond that, its geography factor is different, its delivery state to the consumer is different. The roaster’s role is more limited than the vintner’s. The consumer’s role is much greater than the cork-popping wine aficionado’s. Oh, and wine has a giant shelf life where coffee has virtually none. Nonetheless, I applaud the attempt.