The Bonavita coffee makers are the current coffee maker for everyman. They are easy to use, forgiving of those who do not self-identify as geeks; those of us who just want to scoop our grounds in, fill with water and press go. 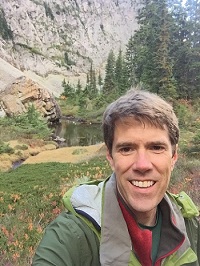 Bonavita coffee makers were originally Melitta units, the first generation designed in Germany by Melitta, who license their brand name to Hamilton Beach in the US.

Espresso Supply distributes them and, when Espresso Supply took over their distribution, I had my doubts. Their background is, as the name implies, espresso. They have a separate line of manual brewers, including a widely used variable temperature kettle. They had no experience with electrics. Yet, the public and cafes seem delighted with this company’s approach.

What Espresso Supply is, is dedicated to brewing coffee. This means they really seem to understand both the consumer (you and me) and the process, and it shows in just about everything they do. I met Chris Legler, their Financial Strategist, a few years ago now. Now, if you know me, you’ll know this is a role I would usually dismiss as one of the suits, about as useful to know as Human Resources. As I got to know Chris, I developed a lot of respect for his devotion to coffee and brewing. I came to learn he worked for Sony, a company I long ago admired for their understanding of their audience and both sound and visual products, at least in their heyday.

I see Chris the same way, and I invite you to eavesdrop on a more or less typical conversation between us about brewing. Note: He has no problem discussing any brand of coffee product. He realizes we’re discussing something bigger and has that sense of history not often found in corporate cultures. And, he actually seems to use his (and everyone’s) coffee brewing products!

This podcast was recorded at the NCA Conference in San Diego in March, 2016. Thanks to Joe DeRupo, NCA’s Director of External Relations and Communication, who provided the recording space.