The Secret to Finding the Best Blueberries: Jeff Jaeger Interview 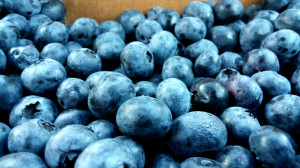 What do blueberries have to do with coffee? Well, they’re both fruits and both have complex flavors and require knowing something to find the best. I’ve known Jeff Jaeger for many years as I’ve found his blueberries to be savory season after season. He’s also kind of unusual because it’s all he grows. Not the usual assortment of crops. Just blueberries. I decided it was enough to get me to drag my audio recorder to his stand at the Naperville Farmers Market here in Illinois. Take a listen.